Traditiona meets sneakers, tradition meets modernity, alpine music meets groovy beats - these are the ingredients of the DDC's globally celebrated show. At Europe's largest traditional costume festival "Aufsteigern" in Graz in September 2014, "Breakdance in Lederhosen" celebrated its premiere and started its triumphal procession from Austria to German television. Already in October 2014, the DDC was a guest of Florian Silbereisen and could prove in front of an audience of millions that breakdance and Bavaria fit together perfectly. Numerous other television appearances and trips abroad followed. For example, the breakdance world champions of the DDC opened the Bavarian Week at the EXPO 2015 in Milan in October 2015 and successfully toured Germany, Austria and Belgium alongside Florian Silbereisen, DJ Ötzi, Ross Antony, voXXclub and other stars in 2016 and 2017. This show is simply a guarantee for success: not only at Wiesn time - and of course also outside Bavaria! 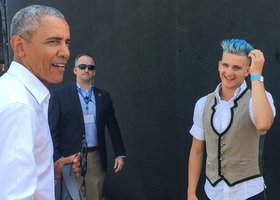 Charity in Africa
Show in front of Barack Obama 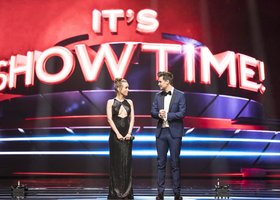 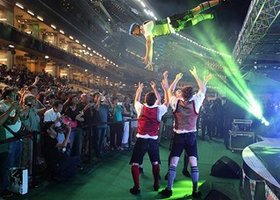